What are the symptoms of Primary Progressive Aphasia?

With primary progressive aphasia (PPA), the impairments in language appear gradually and get worse over time. In many instances, the person with PPA may be the first to notice that something is wrong and the changes in language may initially be attributed to stress or anxiety. Symptoms vary from one person to the next. The initial symptoms can include:

Scientists have proposed three "subtypes" or "variants" of PPA based on initial symptoms. However, each person with PPA is unique and may have symptoms that do not fit neatly into one subtype or may have features of more than one subtype.

What happens to someone with Primary Progressive Aphasia?

Because PPA is progressive, language ability continues to decline. Additionally, changes in non-language abilities (including memory, attention, judgment or changes in behavior and personality) may occur.  Movement or swallowing may also become challenging for some individuals. The rate of decline is variable from person to person and unfolds over years. Scientists are working to understand why some people progress more rapidly than others.

The symptoms of PPA occur when brain cells malfunction in language-related parts of the brain due to the accumulation of abnormal proteins. The underlying diseases causing PPA are called "neurodegenerative" because they cause gradually progressive brain cell death that cannot be attributed to other causes, such as head trauma, infection, stroke or cancer.

There are several types of neurodegeneration that can cause PPA. The three most commonly encountered types are:

The neuropathologic diagnosis of AD or one of the forms of FTLD can only be definitively determined at autopsy through examination of brain tissue with a microscope. However, scientists are working to identify biomarkers that can be used to make the diagnosis during life. Specialized brain scans using positron emission tomography (PET) and examination of cerebral spinal fluid (CSF), obtained through lumbar puncture, are two biomarkers currently being investigated to assist with determining the neuropathologic diagnosis. Scientists are working to identify additional reliable biomarkers.

It can be both. The word "Alzheimer’s" can be used in two different ways. The term "Alzheimer’s disease dementia" (or "dementia of the Alzheimer-type") is used to designate a progressive loss of memory leading to a more generalized loss of all cognitive functions. The term "Alzheimer’s disease" (as opposed to "Alzheimer’s dementia") is used to designate the accumulation of two abnormal proteins in the brain, amyloid plaques and neurofibrillary tangles. Sometimes these abnormal proteins build up in language areas (instead of memory areas) of the brain, resulting in language impairments and thus the clinical diagnosis of PPA. So, while PPA patients don’t have Alzheimer’s dementia, 30 to 40 percent may have an atypical form of Alzheimer’s disease. In this example, the individual would have a clinical diagnosis of PPA and their neuropathologic diagnosis would be Alzheimer's disease. This dual use of the word "Alzheimer’s" is confusing, even for the specialist.

In the vast majority of patients with AD, the most prominent clinical symptom is a memory loss for recent events (amnesia) rather than an impairment of language (aphasia). PPA due to AD may be referred to as an "atypical" consequence of AD.

Is there a relationship between PPA subtype and neuropathologic diagnosis?

What role do genetics and other risk factors play?

In the vast majority of individuals, PPA is not genetic. However, in a small number of families, PPA can be caused by hereditary forms of FTLD. The most common gene implicated in these families is the progranulin gene (GRN). Other, less-common genes implicated in FTLD include the microtubule associated protein tau (MAPT) and chromosome 9 open reading frame 72 (C9ORF72).

Personal history or family history of learning disability in a first-degree relative, especially dyslexia, has been reported as a risk factor for PPA but not for Alzheimer's disease dementia.

Understanding a PPA diagnosis can be difficult. Our team put together an aphasia-friendly guidebook that walks through how the brain is affected when PPA is diagnosed. 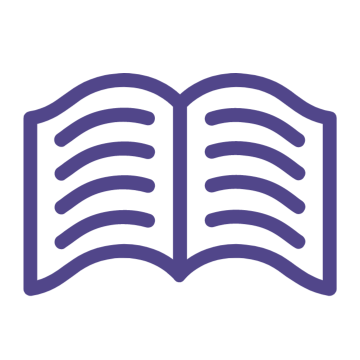 Diagnosis >>
Back to top